The Irish Cultural and Learning Foundation, the founding organization of the Irish Cultural Center and McClelland Library, is coming up on our major charity event of the year, the Anam Cara (Soul Friend) Gala to be held on Saturday November 5th from 7 to 10 PM with cocktail hour from 6 to 7 PM.

We’re looking forward to having you attend this fundraising effort, which supports our mission and goals. Join for what promises to be a great night of dinner, live music and entertainment to showcase what we’re all about, a silent auction, laughter and craic, and a gathering of friends old and new!

There will be two ticket types:
– In person for Members
– In person for Non-Members (Save $25 on your ticket price by becoming a member HERE)
No physical tickets will be provided, names of all attendees will be added to a list, NO REFUNDS will be given

We look forward to you joining us for a special evening of friendship. Your tax-deductible donation to the Irish Cultural Center and McClelland Library will improve access to dynamic Irish culture, arts, and education for people of all ages and backgrounds and will ensure the survival of our beloved Center for many years to come. 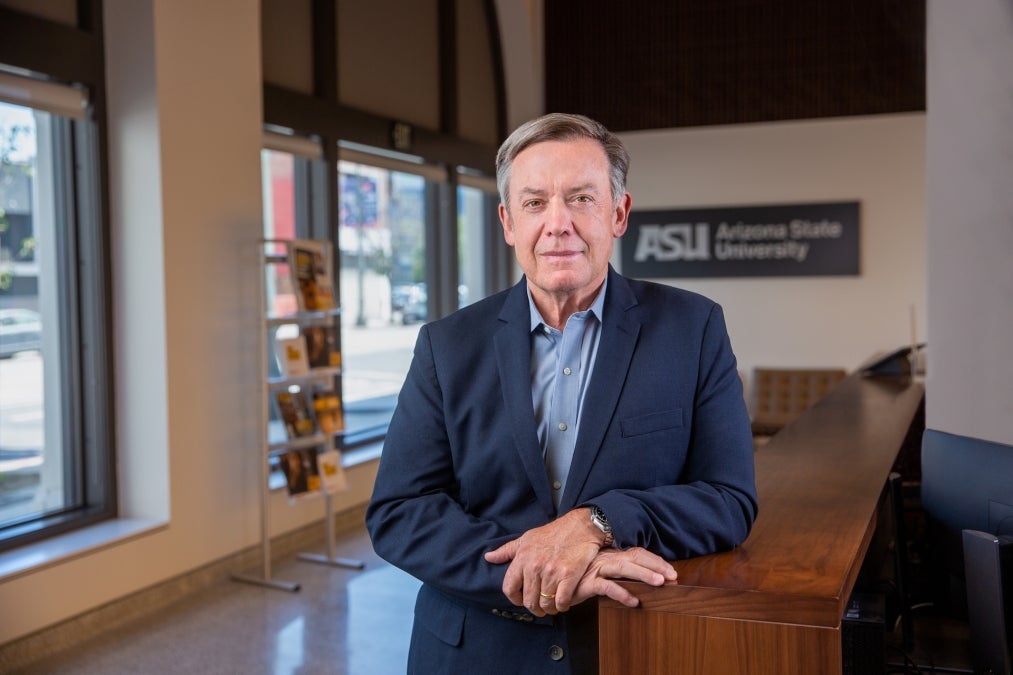 Michael M. Crow is an educator, knowledge enterprise architect, science and technology policy scholar and higher education leader. He became the sixteenth president of Arizona State University in July 2002 and has spearheaded ASU’s rapid and groundbreaking transformative evolution into one of the world’s best public metropolitan research universities. As a model “New American University,” ASU simultaneously demonstrates comprehensive excellence, inclusivity representative of the ethnic and socioeconomic diversity of the United States, and consequential societal impact.

Lauded as the ”#1 most innovative” school in the nation by U.S. News & World Report for eight straight years, ASU is a student-centric, technology-enabled university focused on global challenges. Under Crow’s leadership, ASU has established more than twenty-five new transdisciplinary schools, including the School of Earth and Space Exploration, the School for the Future of Innovation in Society and the School of Human Evolution and Social Change, and launched trailblazing multidisciplinary initiatives including the Biodesign Institute, the Julie Ann Wrigley Global Futures Laboratory, and important initiatives in the humanities and social sciences. 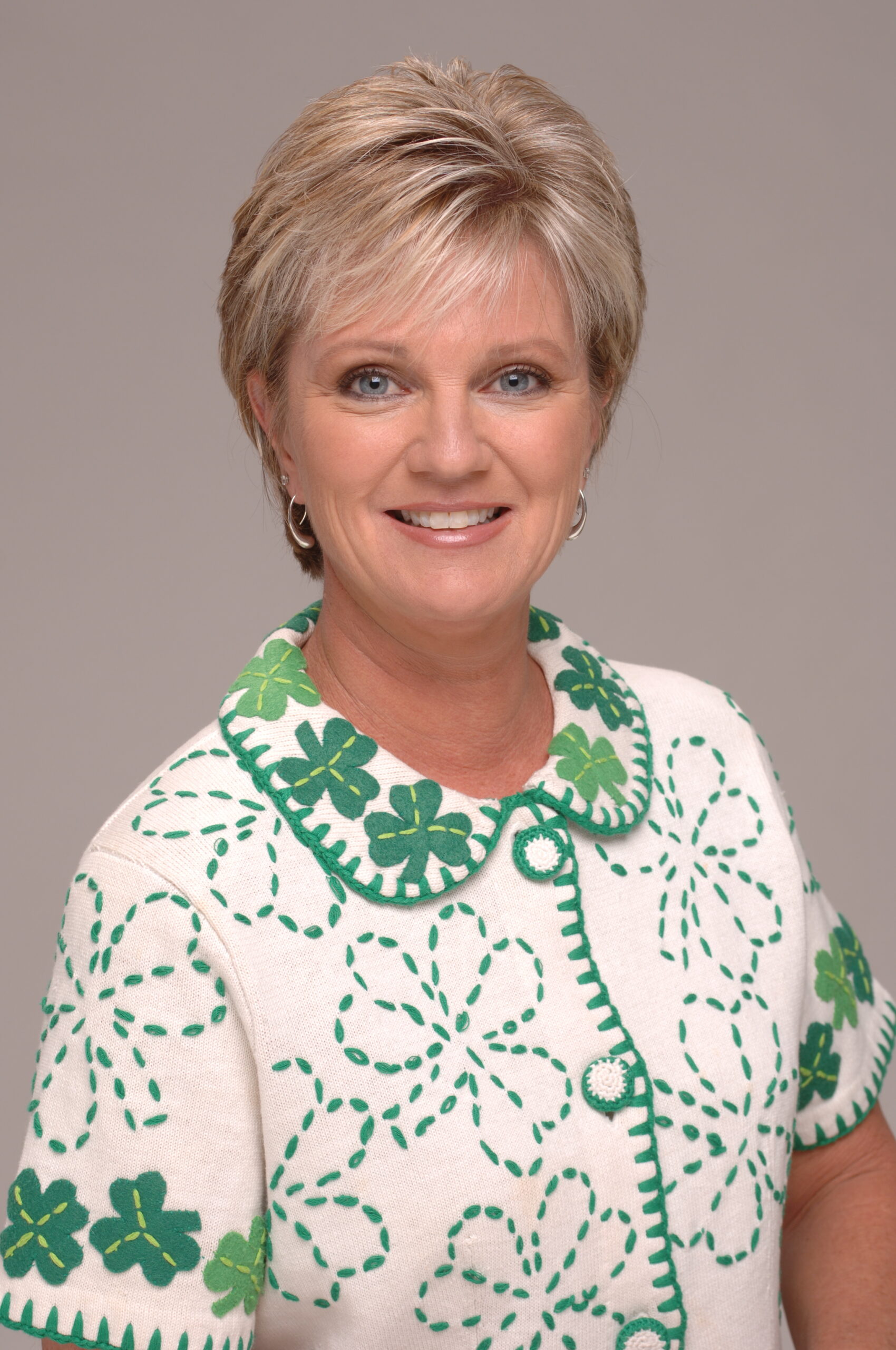 Beth McDonald was born in Fort Wayne, Indiana. She believes that her love of radio was nurtured by her mother who always had the radio on at the breakfast table. During her childhood, her family occasionally vacationed in Phoenix and she knew that this is a place she would love to live. In 1980, she moved here to work in radio for KTAR as a reporter. In 1984 she joined what was to become 99.9 KEZ and in 1990 she partnered with Bill Austin. The Beth and Bill show ran for 20 years until his death in 2010. The show then became Beth and Friends where she still is today. Beth loves wine, food and Notre Dame Football. 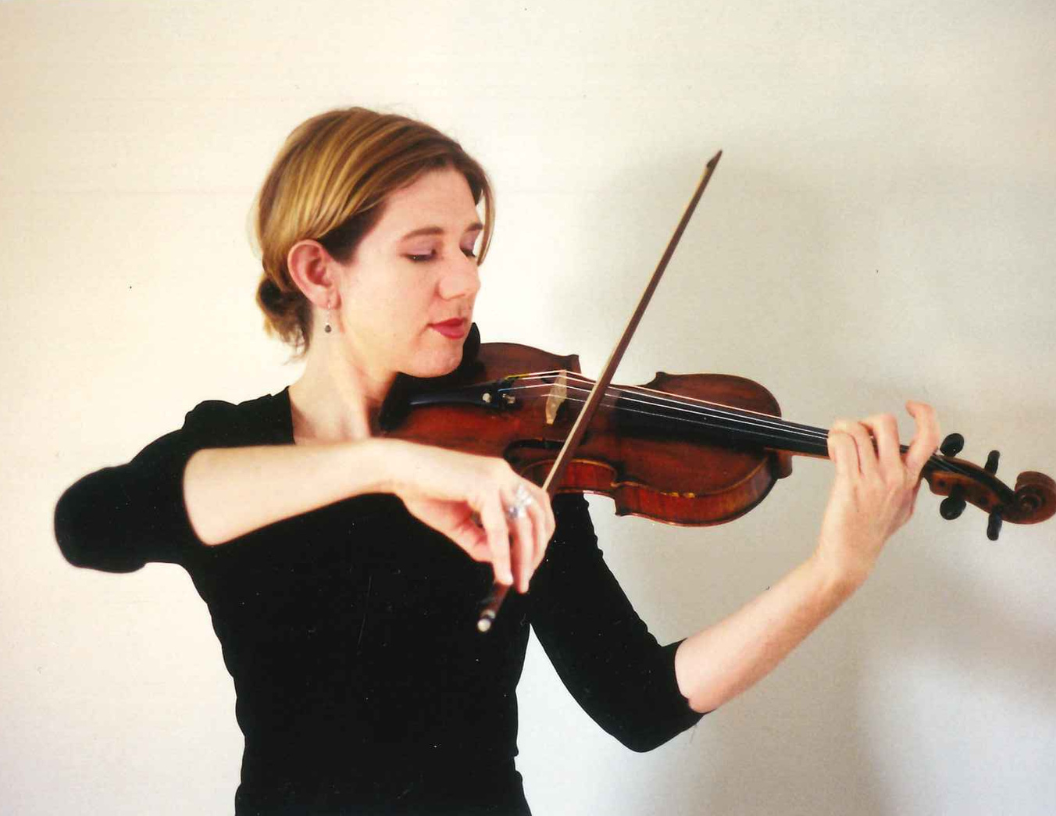 Jane Merial Hilton, The Wayward Fiddler, had a life well-lived is measured by the number of people touched and inspired, she was nothing short of a super star. From her hundreds of music students, to the thousands who experienced her fiddling prowess, and to those who heard her voice across the airwaves of classical KBAQ in Phoenix — her infectious love of life and music touched many. She was a loving sister, daughter and a devoted friend.

Her dedication to the violin won her a full Scholarship to Arizona State University. After graduating from ASU with a B.A. in music, Jane won a full scholarship to pursue graduate studies at Indiana University-South Bend. Jane performed with the South Bend Symphony, the Southwest Michigan Symphony, the Kokomo Symphony, West Valley Symphony, the Adriatic Chamber Music Festival in Italy, the Alpenkammermusik Festival in Austria, and Ash String Quartet. As an long time dedicated announcer and public radio producer at KBAQ 89.5, her deep knowledge of the classics enhanced her on-air and behind-the-scenes presence.

Early in her career, Jane dubbed herself the “Wayward Fiddler” — a whimsical way of embracing multiple music styles and reflecting her two great loves: music and travel.
Jane was passionate about traditional Celtic music and was a much loved and admired fixture on the Phoenix folk and Irish music scenes — as much for her welcoming spirit and warm personality as for her incandescent playing. She was inspired by the playing of Celtic fiddlers and was the fiddle player for the Clare Voyants for many years before playing with Shelby James & The Crying Shames and the Scottish trio Stoneybank. Jane also contributed fiddle tracks to recordings with numerous other musicians. Jane inspired many hundreds of students as a irish fiddling teacher, workshop facilitator and volunteer.

Outside of the music and radio world, Jane loved world travel, to journal, read, run, hike, drive her vintage VW bus and make art. Friends describe Jane as a “pure soul” who was fiercely loyal, introspective and a “living embodiment of love and light.” 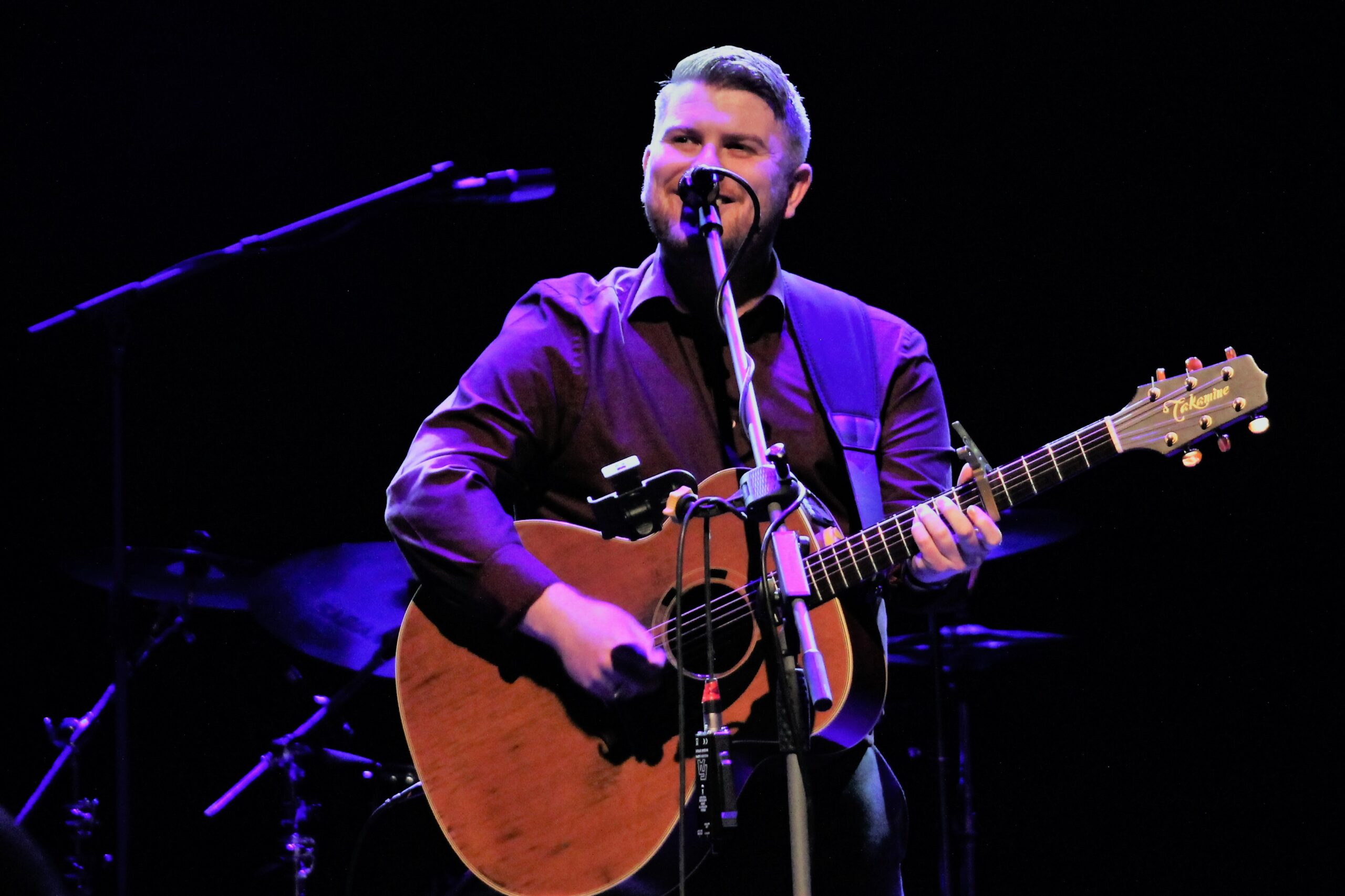 Roy Buckley is a singer, songwriter, musician, entertainer & recording artist from Cork City, Ireland. Since childhood he has “collected” Irish music & song, and in 2012 established the hugely successful “Song Collector Sessions” concert series, with over fifty productions under his belt since then He has been on a trailblazing run as of late with five brand new releases since June 2020 going straight to the top of the charts, while also collaborating on songs with Irish music royalty.

Following the 2020 success of hitting Number 1 on the Ireland Top 100 Songs chart with “Dark Rosaleen” and making it on the ballot (Voting round) of the Grammy Awards for his critically acclaimed song “The Old Man On Patrick’s Street”, Cork singer/songwriter Roy Buckley kick-started 2021 with a bang reaching Number 1 for the second time with the release of his new single “Devil Rose” in January.

In April 2021, Buckley was again back at the top of the charts when he released “Tara Tansey” at the behest of Pete St John reaching Number 3 on the Ireland Top 100 Songs chart and Number 1 on the Singer Songwriter chart .

No less a musical giant than the legendary Pete St John had written “Tara Tansey” and called upon Cork performer Roy Buckley to sing it. What’s more, the man who penned all time classics “The Fields of Athenry”, “Dublin in the Rare Old Times”, “The Ferryman” & many others, personally requested that Buckley would perform the song labelling him “A Master Balladeer”.

In Spring of 2022, Sean McGuinness of the The Dublin City Ramblers invited Roy Buckley to join the band for their 50th Anniversary Tour in the USA taking in festivals such as the Iowa Irish Fest and the Greeley Irish Fest in Nebraska.

Thank you to our sponsors 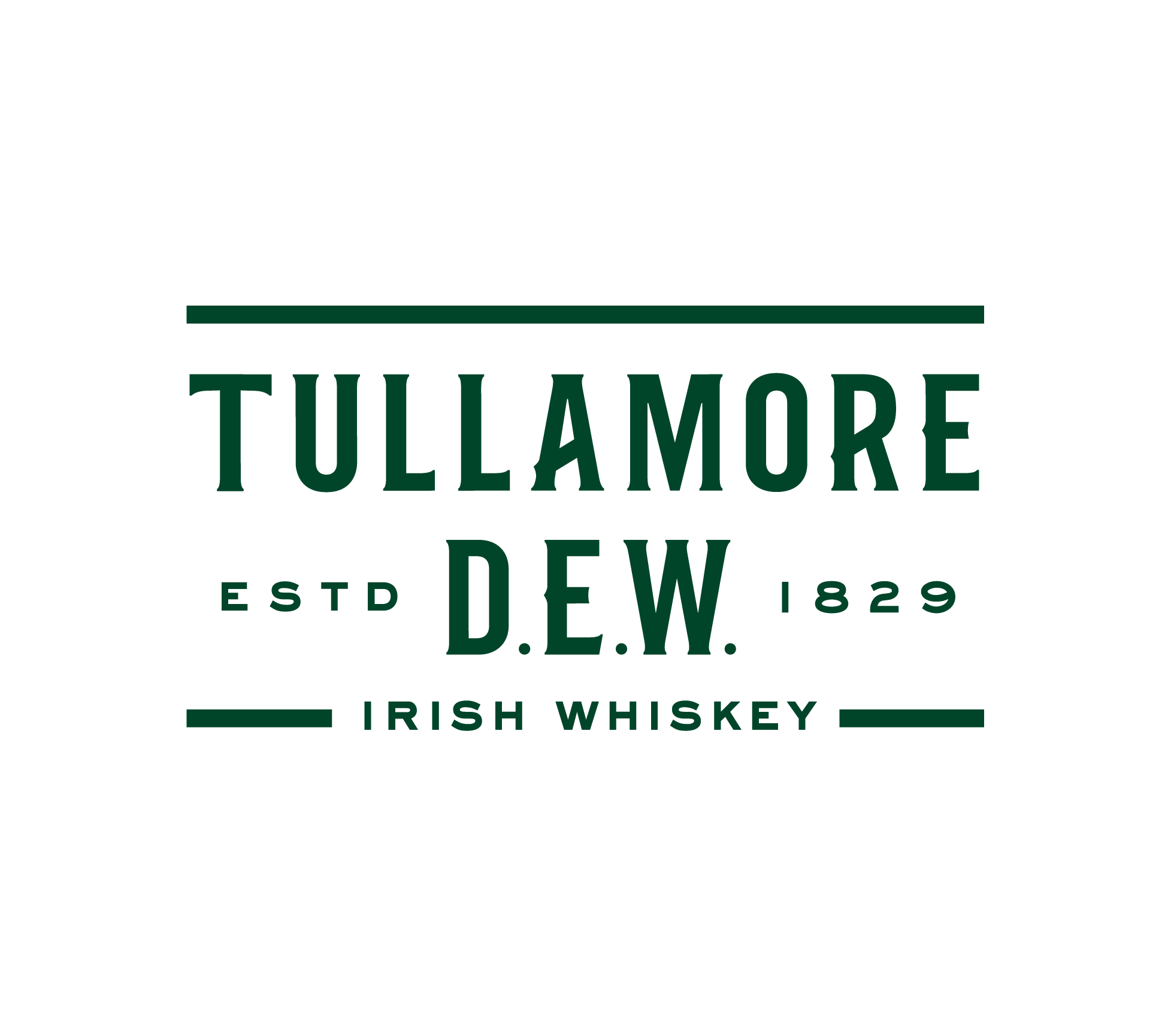