Join Dublin-born, Internationally acclaimed, violinist, Gregory Harrington, as he performs an intimate evening of Irish and popular music with his string group at the Irish Cultural Center and McClelland Library. From his arrangements of Irish and Irish American ballads “Shenandoah” and “The Parting Glass” to the glorious sounds of Puccini’s “O mio babbino Caro”, Andrea Bocelli’s “Time to Say Goodbye”, to iconic hits U2’s “With or with you”, Glan Hansard’s “Falling Slowly”, Hendrix “Purple Haze” Django Reinhardt “Minor Swing” and many more. He has performed across 4 continents with leading orchestras and conductors, for Presidents, Vice Presidents, the UN and on broadcast TV and radio. His latest album Glass Hour recorded with the Janacek Philharmonic and Mark Shapiro which debuted at #3 in the Classical Billboard charts. 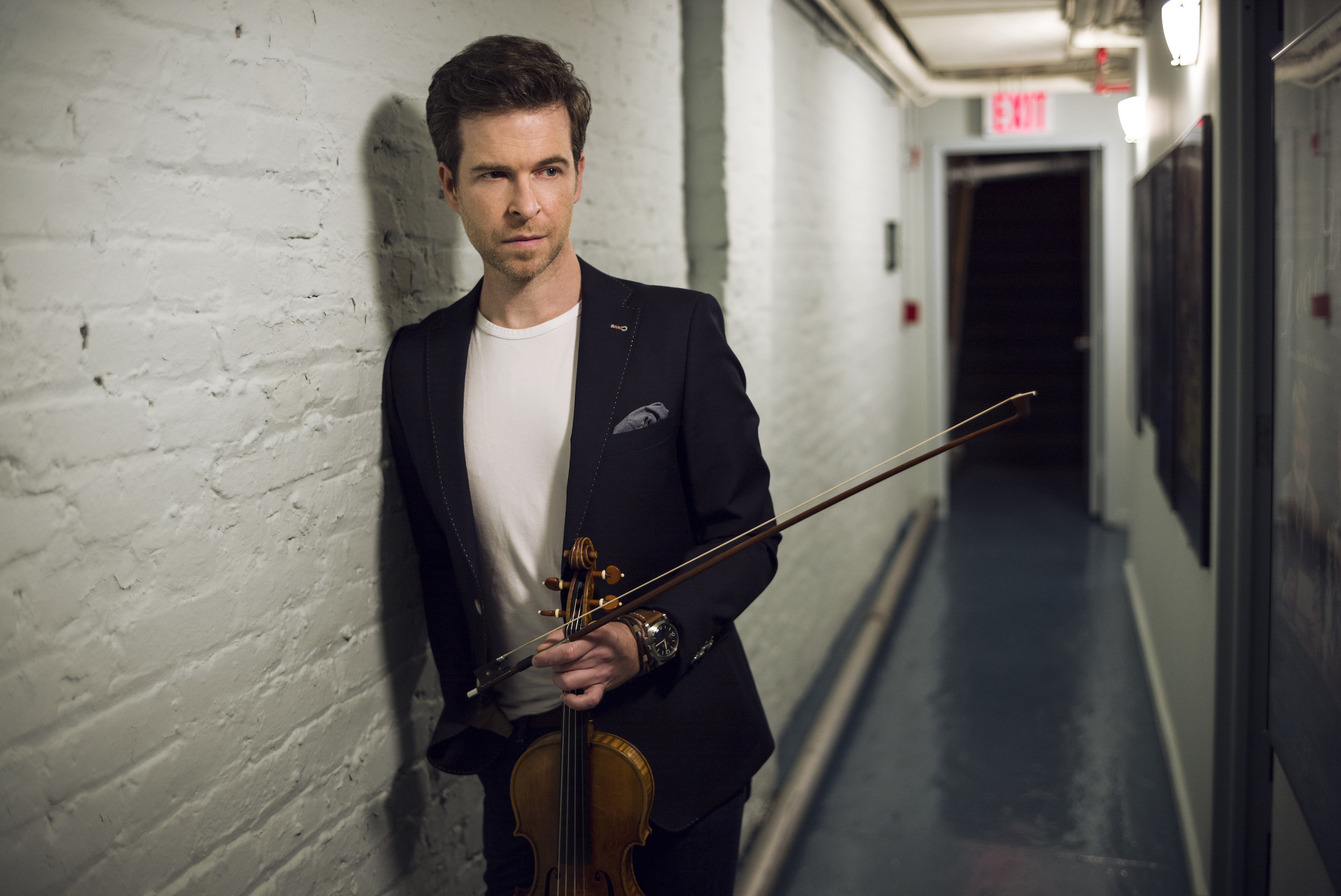 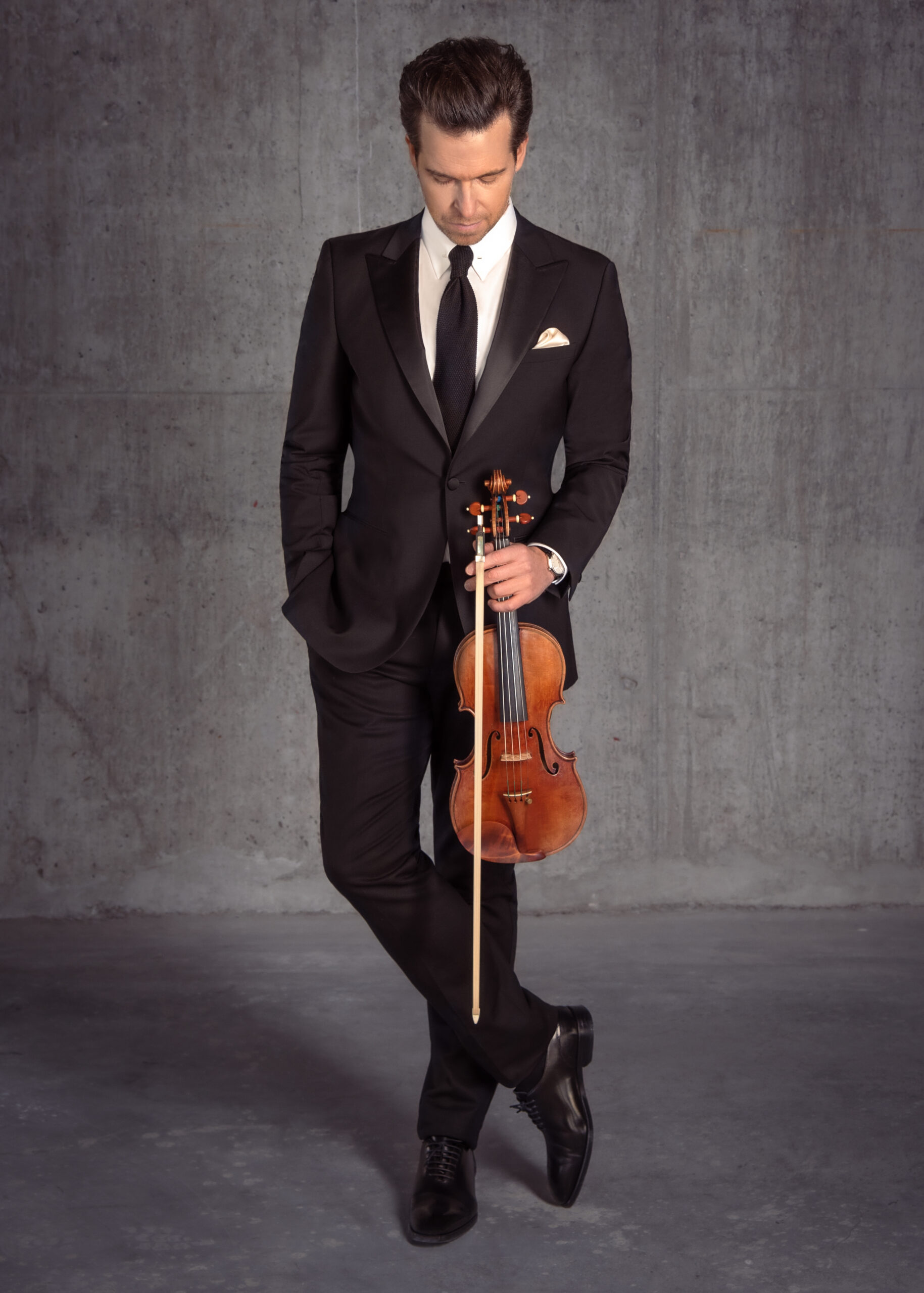 A showcasing of County Clare born, Mike Hanrahan’s, film
“The Ballad of the Crimson Warrior”

Written by Mike Hanrahan and dedicated to the creative women and men of our great Irish cultural revolution, 1890 to 1922. They were both rebel and innovator, writer and fighter who challenged a nation to reawaken its own spirit. This often turbulent yet extremely innovative period of Irish history is a fascinating study on the rebirth of a culture after centuries in chains.

The Ballad of The Crimson Warrior is a musical narrative of original music and traditional tunes with a backdrop of stunning portraits of the revolutionary years by Irish artist Mick O Dea.

Recorded and filmed by Aldoc at Aras Chronain and supported by Culture Ireland. This event is in partnership with our affiliate Phoenix Ennis Sister City who are celebrating their 50th anniversary in 2022. They will host a conversation with Mike afterwards to include the inspiration for the film, his music career in Stockton’s Wing and his most recent culinary projects. Mike’s full bio is here https://www.mikehanrahan.com/mhbio.htm” 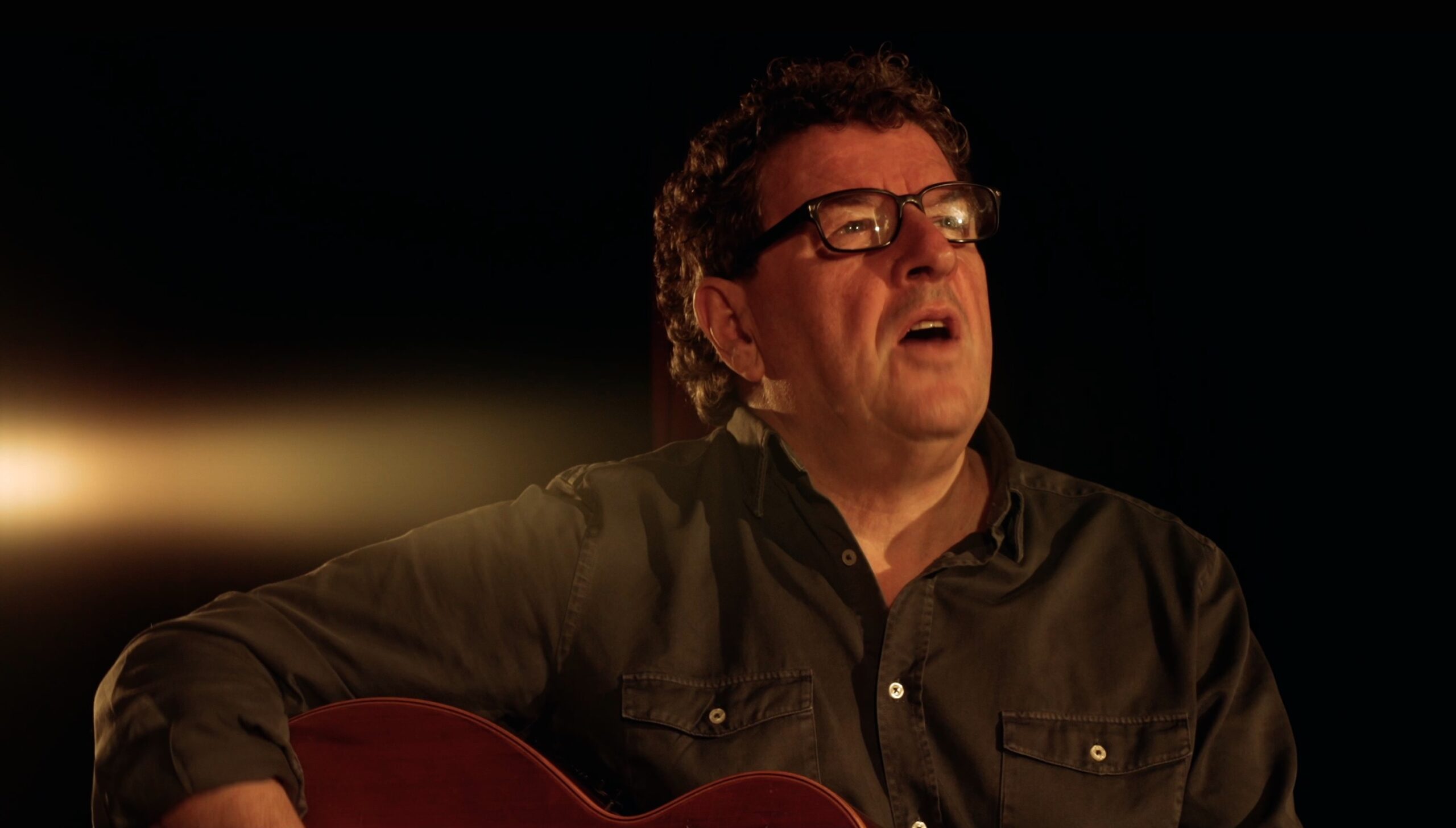 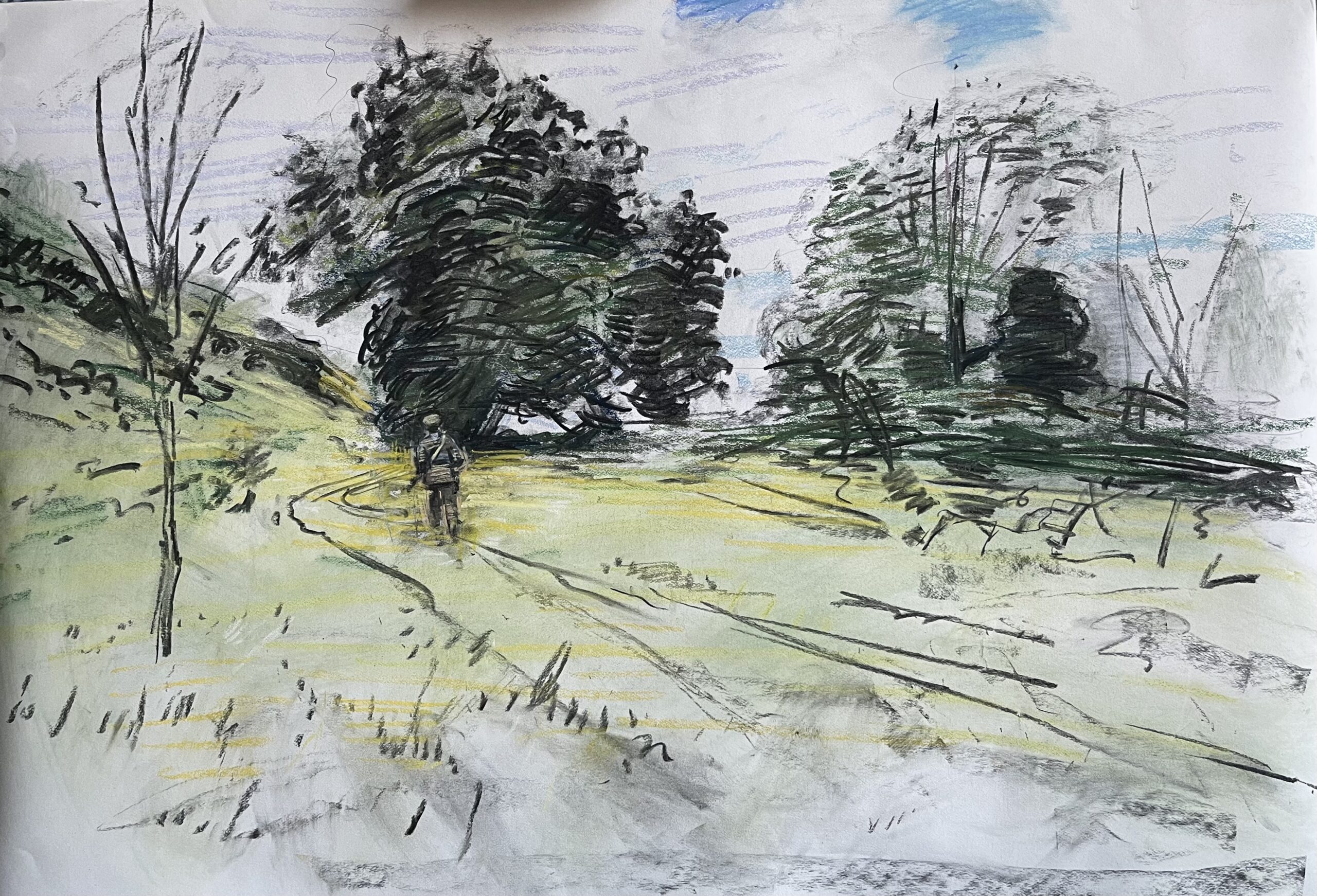 Join the ICLF and Phoenix Ennis Sister Cities for brunch and a culinary chat with Mike Hanrahan. This is an ICLF members only event.
Mike left the music business for a number of years to pursue a career in food at The Ballymaloe cookery school where he eventually worked as a teacher. Later he created the very successful food destination pub with his friend Pat Shortt at his bar Pat Shortt’s bar in Castlemartyr East Cork before returning to set up the highly acclaimed kitchen deli The Artisan Parlour in Ringsend. Mike’s book Beautiful Affair – A Journey in Music, Food and Friendship can be purchased online and a signed copy is in the McClelland Library.

Administrative fee of $20 per person

Not only Irish eyes will be smiling this St. Patrick’s Day. Come get a blast of blarney and Irish laughter just in time for the big day. The Real Irish Comedy Fest showcases the best blend of Irish Comedic talent, accents included and are coming to Phoenix for one night only.

From Longford, Ireland, Sean Finnerty decided to move stateside where a series of mature decisions that he failed to make led him to stand-up comedy. Recently he was rewarded for his efforts as he became the first ever Irish comedian to perform on the Tonight Show with Jimmy Fallon (2019). Spending his first number of years in comedy based out of Orlando, Sean was selected for Comedy Central’s Up Next competition, made his television debut as co-host of Season 9 of Fireball Run on Amazon Prime.  In 2016 Sean moved to New York where he quickly became known as one to watch, performing at famous venues such as The Comedy Cellar, Gotham Comedy Club, Caroline’s on Broadway, The Stand and The Friars Club. Recently, he has also performed at several festivals including Laugh Your Asheville Off (2017),  Edinburgh Fringe (2018) and Electric Picnic (2018), along with making it to the semi finals of the nationwide talent search Stand Up NBC. A keen eye for detail Sean has also developed a reputation as a Roaster and is currently the number 1 ranked roast comic in New York City.

From Dublin, Ireland, Martin Angolo is an award winning comedian who is a regular at comedy clubs and festivals all over Ireland and the UK. He appeared on RTE 2’s panel show ‘Clear History’ in 2021 and ‘The Deirdre O’Kane Show’ for SKY. He has written and performed comedy for BBC radio, hosts his own podcast “The Substantial Meal” and has had millions of views weekly as a regular contributor of the “Try” YouTube channel. He has supported comedians Eric Andre, Marc Maron, Aziz Ansari and David O’Doherty on their tours. His own live shows play to full rooms at the Edinburgh Fringe Festival and sells out all over Ireland, Europe and America.

“Martin is hilarious and is an Irish national treasure” – Eric Andre
“Laser-sharp wit” – The Independent.
From Dublin, Ireland, Dave Nihill is the first ever-Irish winner of the prestigious San Francisco International Comedy Competition, runner up in the NPR, the Moth’s largest US Grandslam storytelling competition, and the first ever-Irish comedian to have a special on Dar Bar Comedy. Also a bestselling author Dave has been featured in the Irish Times, The Irish Independent, The Pat Kenny Show, TV3, NPR, TED, Irish Central, Today FM, Inc. and the Huffington Post. His videos have gone viral many times over with over 70 million views. He now calls California home when immigration officials permit. 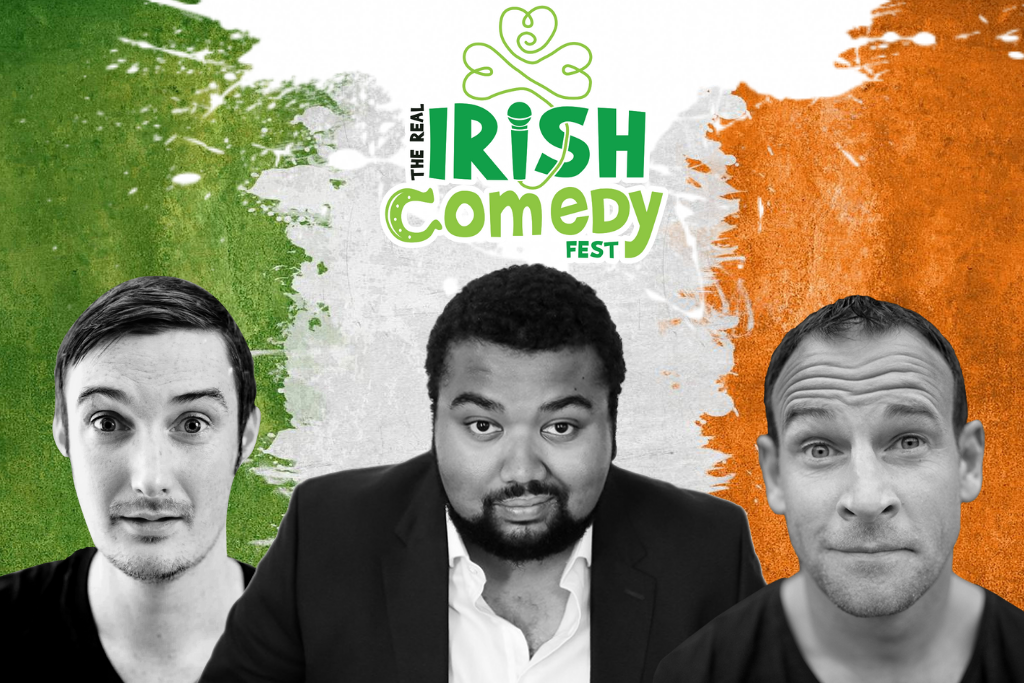