In lieu of flowers, memorial gifts in Mr. McClelland’s memory can be made to the Irish Cultural and Learning Foundation or by calling 602.864.2355

Donate in His Memory Here

Norman P. McClelland passed away Tuesday July 11 after a brief illness. After serving as CEO for Shamrock Foods Company for 45 years, McClelland continued as a guiding force for the company by serving as Chairman of the Board until the time of his passing. Shamrock Foods Company – parent company of Shamrock Farms and Shamrock Foods – was founded by Norman’s father, W.T. McClelland, an immigrant from Co. Down, N. Ireland, in Tucson, Ariz., in 1922 with a Model T truck and 20 cows. After 95 years in business, it is now one of the top privately held companies in America, and one of the top 100 employers in Arizona.

Norman’s Irish heritage was a source of tremendous pride, and he dedicated much of his time to ensuring that Irish culture continues to thrive in Arizona. He kept in touch with his family in Ireland and frequently traveled there to see family and friends. He was actively involved in the Phoenix Irish Cultural Center and he is best known for envisioning and bringing to fruition the McClelland Library.

The one of a kind library, bearing his family name, houses more than 8,000 books and other materials available to the public to educate and ensure the legacy of Irish writers, history, and culture in the desert Southwest. His hope was to establish it as a center for people to tell their story, and to leave a lasting legacy for the Irish Diaspora in the Southwest.

Norman researched and published four detailed family history volumes, one on each of his grandparents who grew up within a ten-mile radius in County Down, N. Ireland. The family histories serve as the cornerstone for the library’s Genealogy Research Centre, named after his late sister, Frances H. McClelland. Norman’s dedication to his family and helping others discover and write their family histories is what guided his huge investment in developing an Irish library, housed in a modern-day castle, in the heart of downtown Phoenix.

Paul Ahern, President of the Board of the Irish Cultural and Learning Foundation (ICLF) explained further: “I have witnessed Norman McClelland’s tireless efforts to ensure that a one-of-a-kind Irish Cultural Center was built in Phoenix. His hard work and dedication to the cause revealed his genuine interest in introducing and fostering rich Irish culture throughout the community. He regularly lent his business expertise and strategies, which were aimed to create increasing financial stability for the Center. Norman led by example. He was an active member of the ICLF board and once said “if you see an opportunity, act on it.”

Norman was born in Tucson, Ariz., on June 21, 1927. He received a dual B.S. /B.A. degree in agriculture and business administration from the University of Arizona before moving to Phoenix, where he raised his family and grew the Shamrock business. “My father was an iconic leader whose wisdom and leadership values will continue to be a guiding force for the company,” said Kent McClelland, current President and Chief Executive Officer for Shamrock Foods Company. “He was loved by all who knew him, and I’m honored to carry on his legacy of business leadership and devotion to public service.”

Norman personified Shamrock’s long-standing commitment to “treat associates like family and customers and suppliers like friends.” The impact of Shamrock Foods Company extends far beyond the quality products it manufactures and distributes, because Norman believed it’s just as much the company’s duty to give back to the community as it is to provide superior products. Thanks to Norman’s leadership, Shamrock Foods Company supports more than 80 non-profit groups and donates more than 450,000 pounds of food annually to local food banks.

Not only was giving back to the community a philosophy McClelland instilled in his company, but he himself served as a role model by actively supporting many charitable, business and community organizations including the St. Mary’s Food Bank Alliance, Phoenix Children’s Hospital, Phoenix Mountain Preserve, the Boy Scouts of America, Boys & Girls Club, and Interfaith Ministries, among others.

He placed a high value on education and remained an active supporter of his alma mater, the University of Arizona, throughout his life. Norman and his sister, Frances H. McClelland, were both alumni. In 2008, McClelland Park was built to house the John and Doris Norton School of Family and Consumer Sciences, and in 1992 the new Eller College of Management facility was dedicated and named McClelland Hall in their honor.

Memorial services will take place in both Phoenix and Tucson, Ariz., as follows: 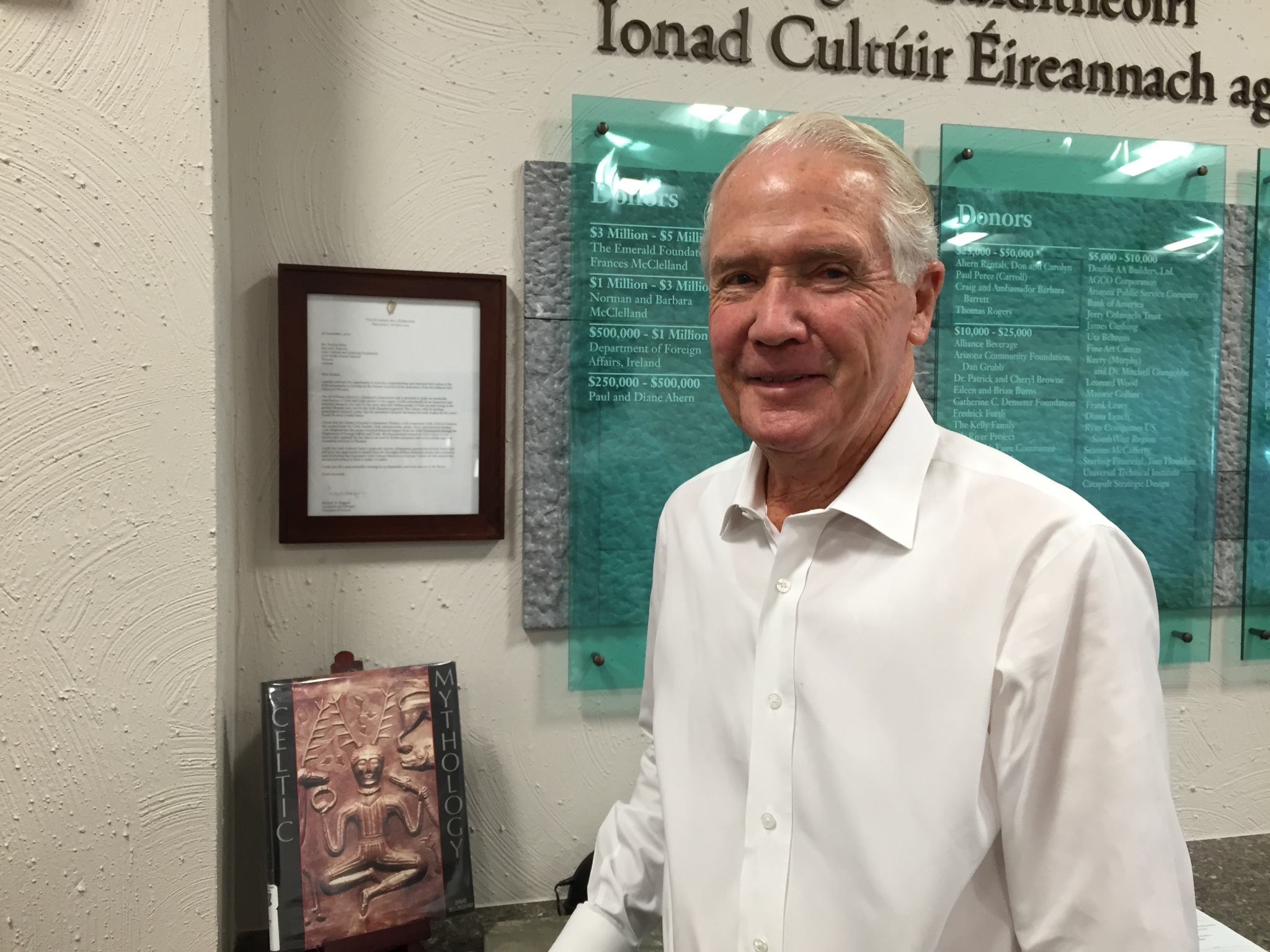