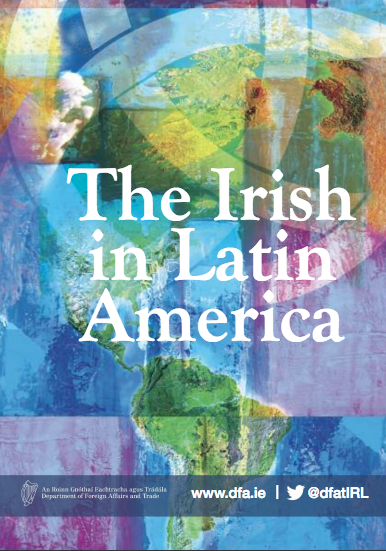 The Irish in Latin America:

Closed Dec 7th.  Check back soon for information on our next exhibit.

Latin America, which is often defined as the countries in North and South America where Romance Languages are now predominantly spoken, is home to many incredible stories of Irish immigration. From Irish soldiers who aligned themselves to the Spanish crown to Argentine Admirals, Irish immigrants were in the thick of modern history across the two continents. Starting in November of 2018, the Irish Cultural Center and McClelland Library are thrilled to bring the stories of the Irish in Latin America to Phoenix.

The Irish in Latin America is a traveling exhibit put together by Ireland’s Department of Foreign Affairs and Trade. The exhibit was first launched in Mexico City in October of 2016 and spans the history of Irish immigrants and their descendants across Latin America from 1611- 1968. The twenty-three informative panels will be available for public viewing from November 30th, 2018 through December 7th, 2019 in the McClelland Library’s Exhibit Hall.  Tickets to the limited-time exhibition will be available online and in person at the McClelland Library prior to the exhibit opening.