Learn More about the Exhibit Grand Opening and Fall Lecture on September 30th, 2017.

Get Your Tickets Today

From Protest to Peace

During the period known as The Troubles in Northern Ireland, Bogside, Derry, home to The People’s Gallery on Rossville street, was the site of what is now known as Bloody Sunday. On January 30th, 1972,  28 unarmed civilians were shot by British Soldiers during a peaceful protest march resulting in 14 deaths.  “In 1994, brothers Tom and William Kelly and their friend Kevin Hasson joined together as The Bogside Artists. The artists personally experienced the unfolding of the Northern Irish ‘Troubles’ during their lifetimes and ultimately united to express the struggle for civil rights in their community through public art,” explains Georgia Southern University’s exhibition site. “The exhibition features murals created by The Bogside Artists along with a series of interpretative panels that provide a balanced presentation of the history and politics of Northern Ireland.”

“From Protest to Peace” will accompany a season of events at the Irish Cultural Center and McClelland Library commemorating the Good Friday Agreement and exploring the general theme of Peace and Reconciliation. 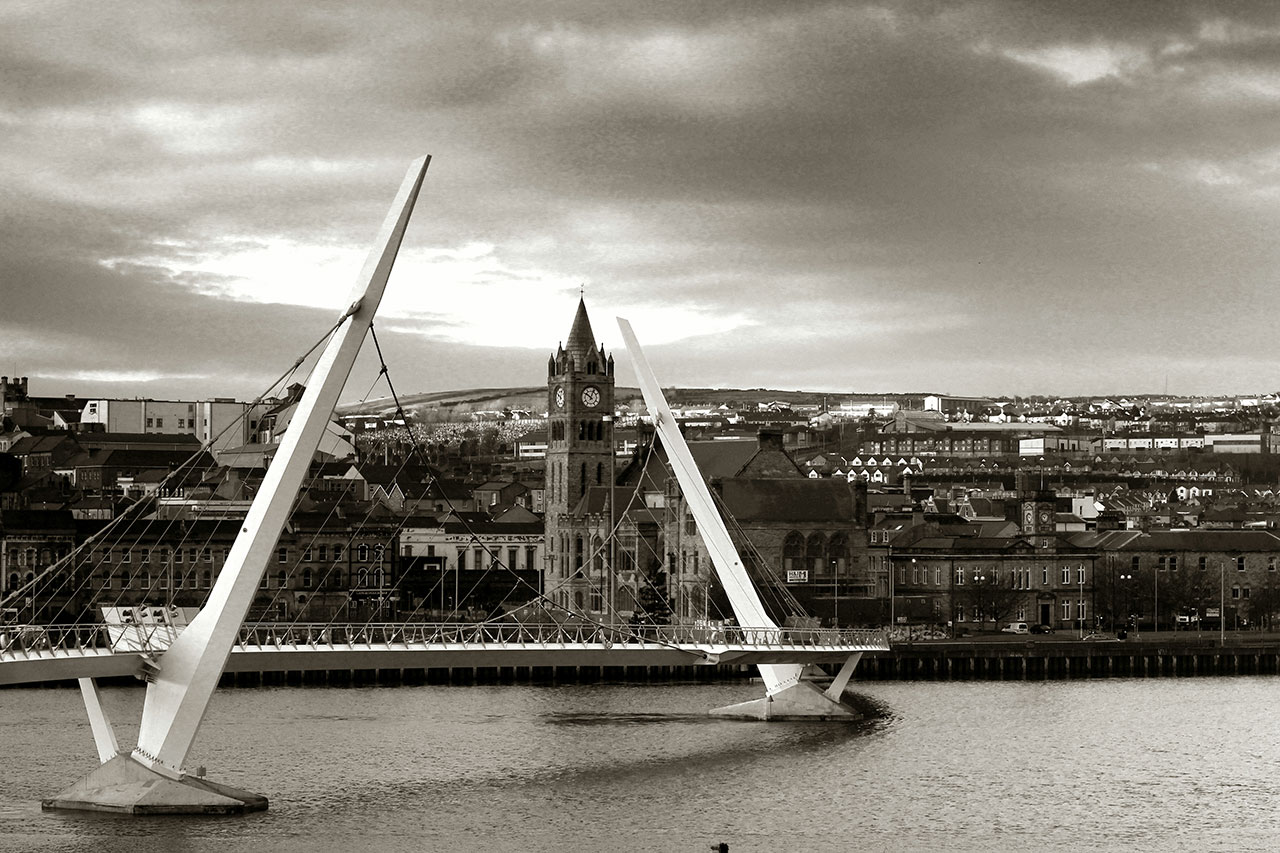