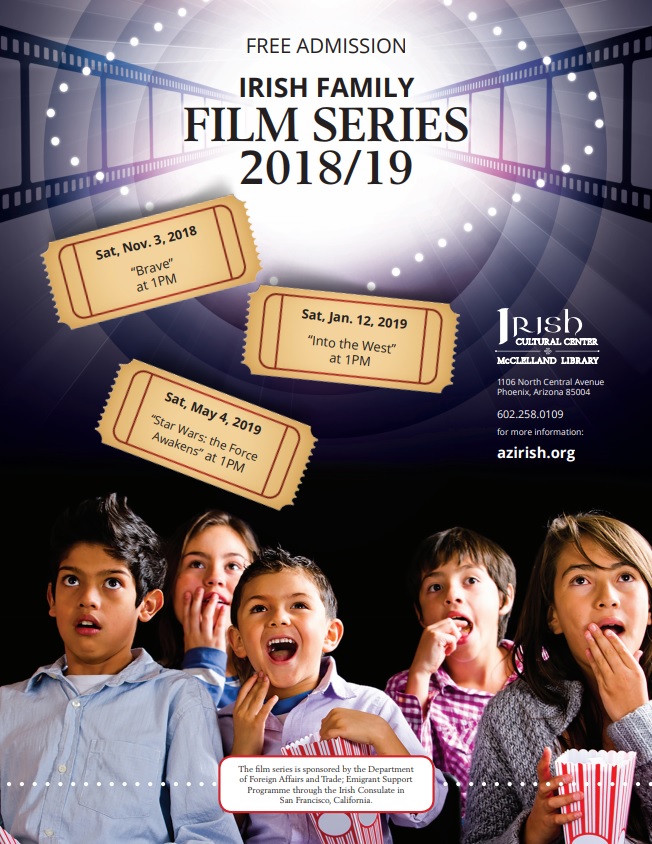 The third film, held on International Star Wars Day, is an unexpected celebration of modern cinema in Ireland.  While “Star Wars: The Force Awakens” takes place in a galaxy far far away, some of the filming was done in Ireland! Join us in wishing “May the 4th be with you,” as we celebrate the film industry in Ireland with the whole family.  The film will be shown in our Great Hall at 1PM and costumes are encouraged!