Ronin Theatre Co. presents “The Taming of the Shrew”

*Ticket sales online end the day before performance, and tickets can be bought at door for $20* 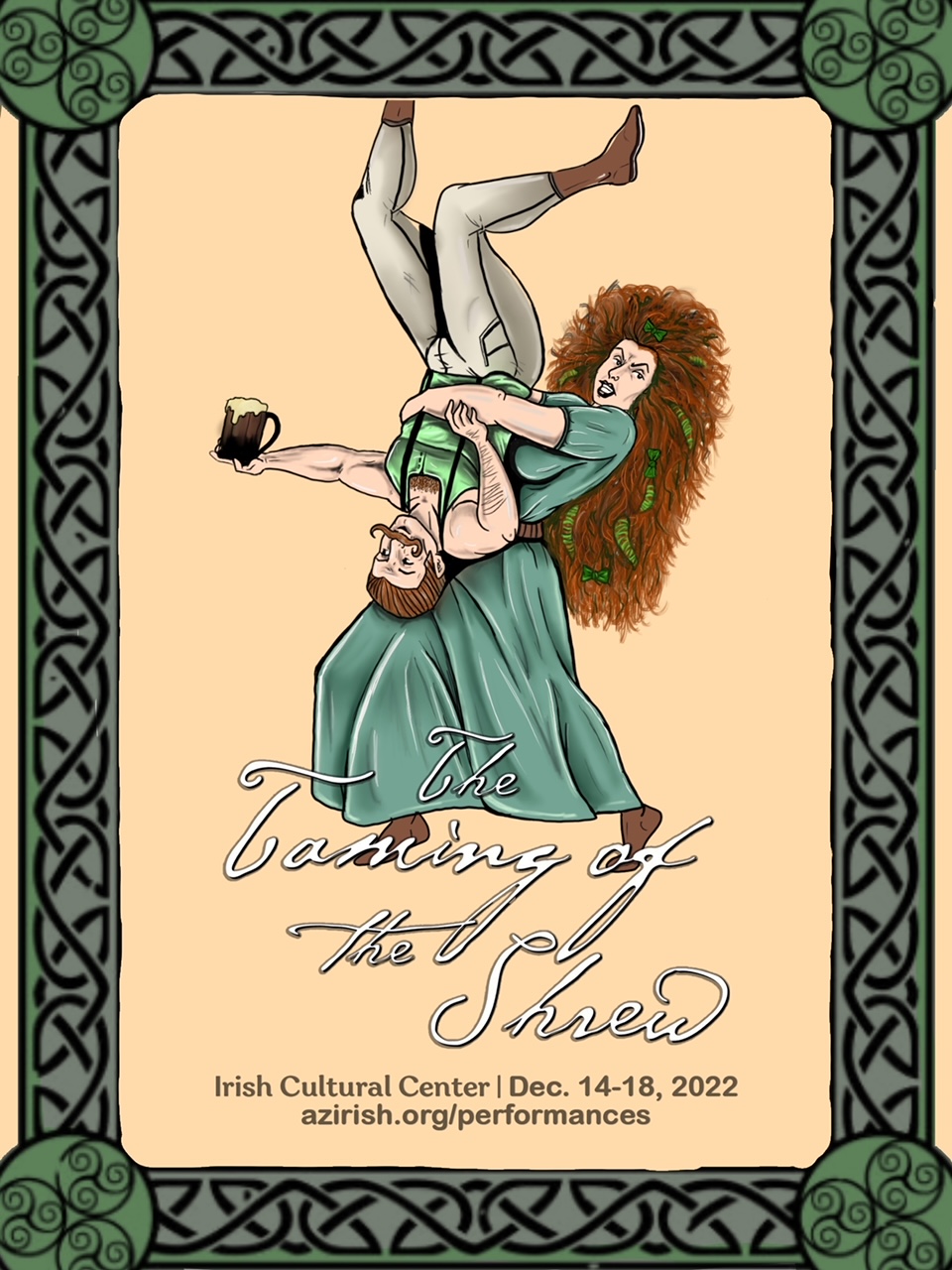 Brace yourself for Shakespeare’s famous roaring comedy about the battle of the sexes as directed by Keath Hall. Ronin Theatre Company is set to produce the play outdoors in picturesque courtyard of the Irish Cultural Center under the stars. To match the atmosphere the production will be setting there costumes to match 19th century Ireland. Get ready to laugh… or duck! 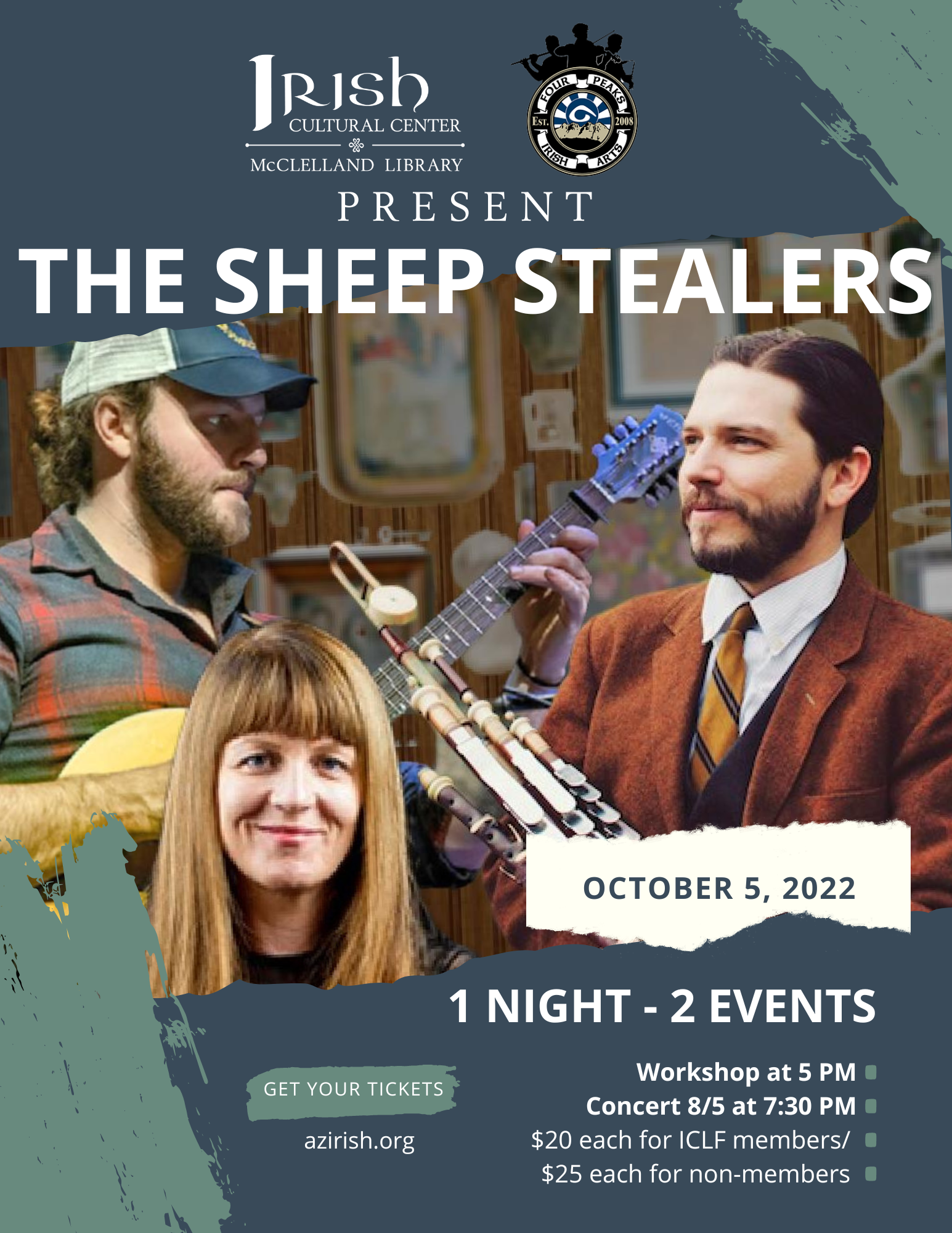 The Sheepstealers are Joey Abarta on uilleann pipes and whistles, Brenda Castles on concertina and vocals and David McKindley-Ward on vocals and strings.

Joey Abarta has spent more than half his life traveling, teaching and performing music on the uilleann pipes. In 2014 Joey was the first American piper since 1969 to win 1st prize at An tOireachtas. In addition to performing solo, he performs with his wife, old-style step dancer Jaclyn O’Riley and has toured with Mick Moloney and The Green Fields of America. In 2018
Joey was invited by Na Píobairí Uilleann to represent piping in America by performing for the president of Ireland at the Abbey Theatre in Dublin, Ireland. Joey released a new album
of piping music, Swimming Against the Falls, in Jan 2022.

Brenda Castles comes from a rich tradition of music in Co. Meath. She has several All-Ireland Fleadh titles to her name both in solo and group competitions. In 2016 Brenda released her
first solo album of traditional Irish music on concertina, “Indeedin You Neednt Bother’ to critical acclaim. ‘The Light Side of the Tune’ is her most recent album. She performs both as a solo artist and with the Green Fields of America. She has recently completed an artist residency at the Centre Cultural Irlandais in Paris and performed solo at Dublin’s Temple Bar TradFest earlier this year.

David McKindley-Ward is a multi-instrumentalist from outside Washington DC who now lives in Baltimore. He has made a name for himself as one of the area’s top traditional singers, and a much sought-after accompanist. He regularly performs with the area’s finest traditional musicians, plays with Baltimore songwriter Letitia VanSant, and records as a
session musician.

Together they fuse traditional Irish dance music with Irish and American folk songs using a variety of instrument combinations and interesting vocal harmonies.

Ronin Theatre Co. presents “How I Came to Be Buffalo Bill”

*Ticket sales online end the day before performance, and tickets can be bought at door for $20* 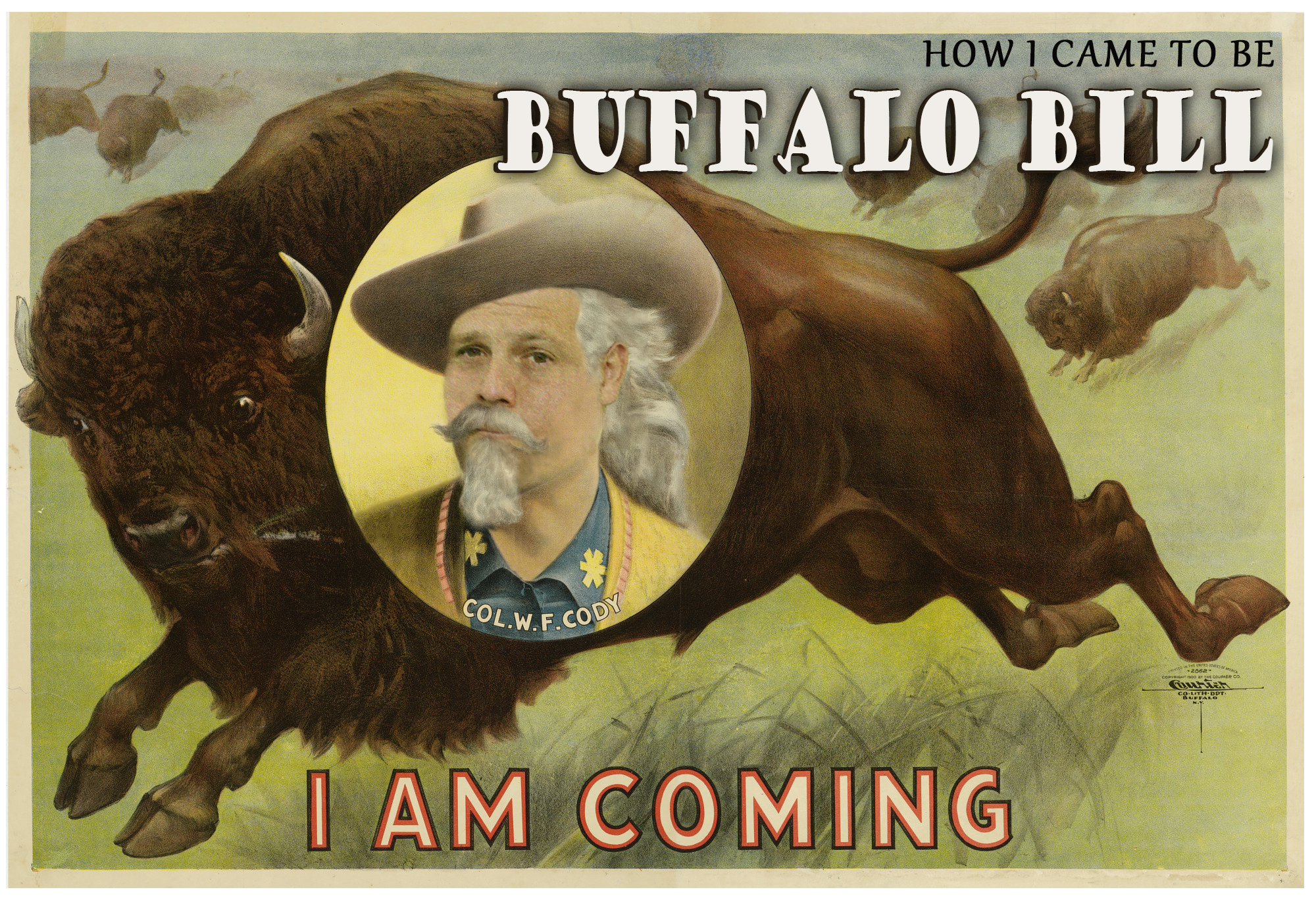 Presented by Ronin Theatre Co., Featuring local Arizonian winning actor Keath Hall. William F. Cody, better known as Buffalo Bill, did more to popularize the American Wild West than any other person. Made famous by dime novelist Ned Buntline, Cody used his innate gift of self-promotion to capitalize on a reputation as an army scout, American Indian fighter and buffalo hunter. This one-person performance gives you a backstage pass to the origins of his reenactment rodeo: Buffalo Bill’s Wild West show!

The Playboy of the Western World

*Ticket sales online end the day before performance, and tickets can be bought at door for $15*

The boys are BACK and there’s no April foolin’ here!

The Friends of St. Patrick will also be hosting their Potato Bar during the concert in the Great Hall.
$10 per potato with fixings and toppings available (not included in price of concert ticket) 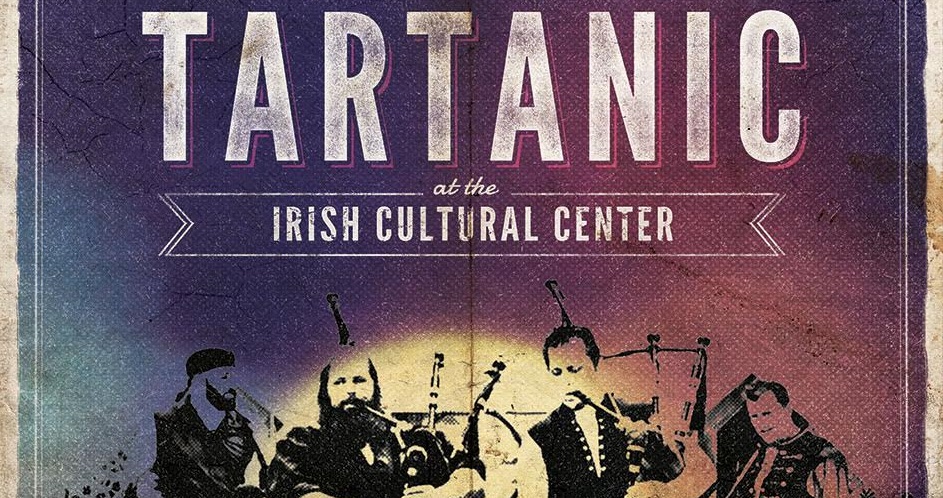 Join us for a night of Shakespeare under the stars as the Ronin Theatre Company joins the Irish Cultural Center and McClelland Library to present Henry V with a modern twist.
Entry to the performance is free and a cash bar will be available. A suggested donation of $20 is encouraged.
Support live theatre and culture as we develop this exciting new partnership!
Register for FREE 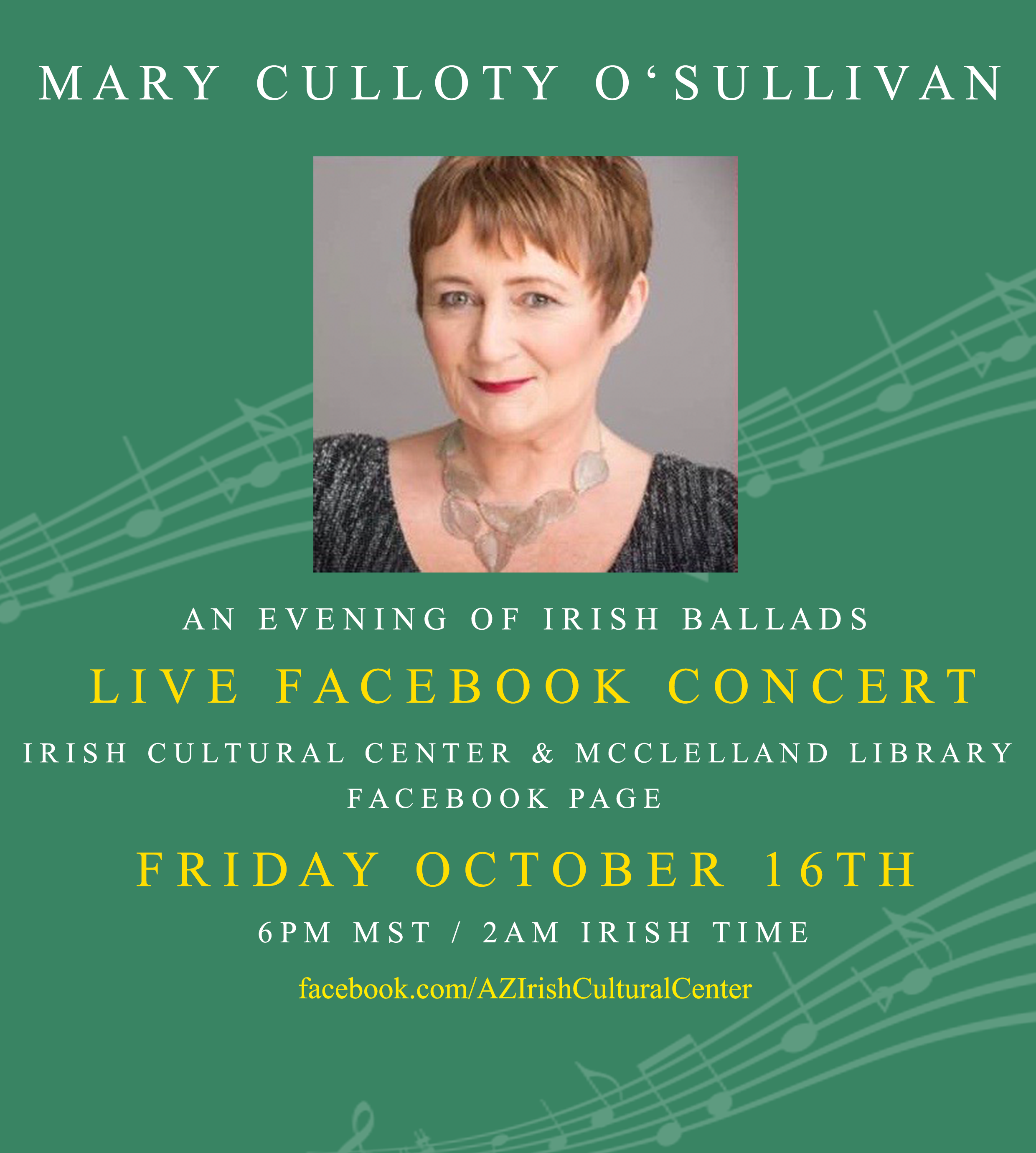 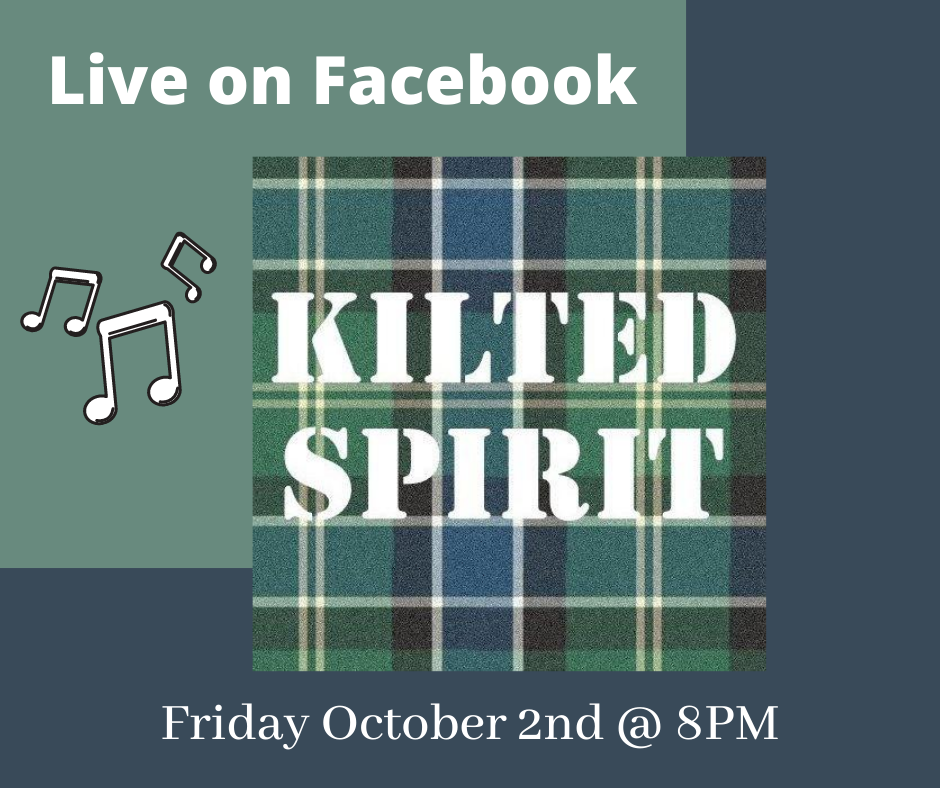 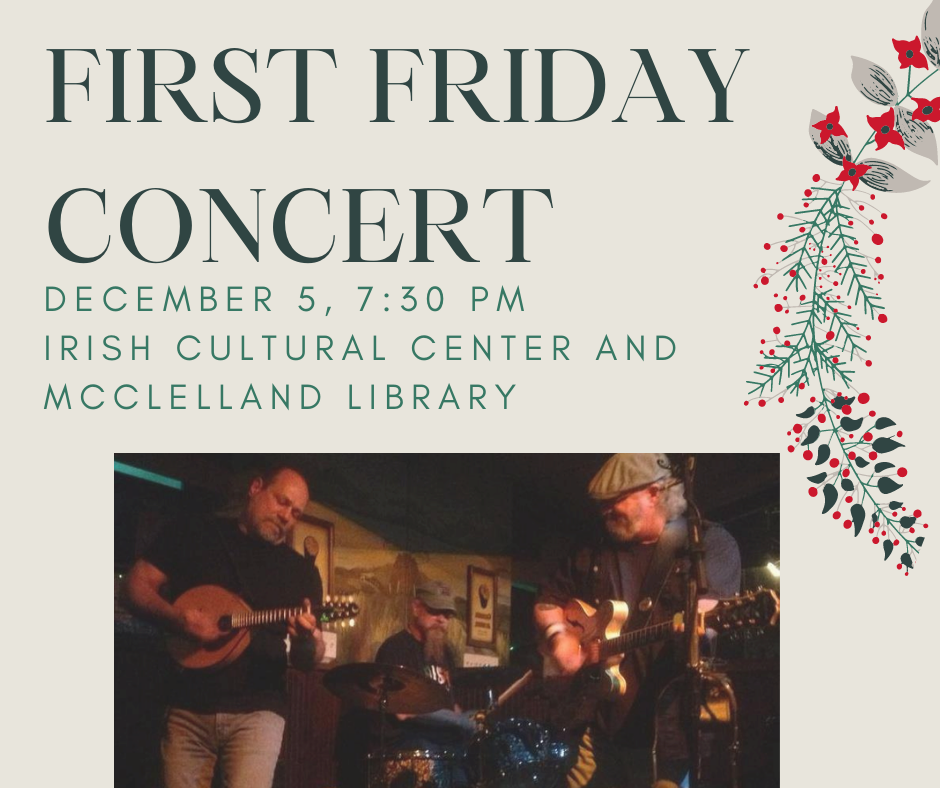 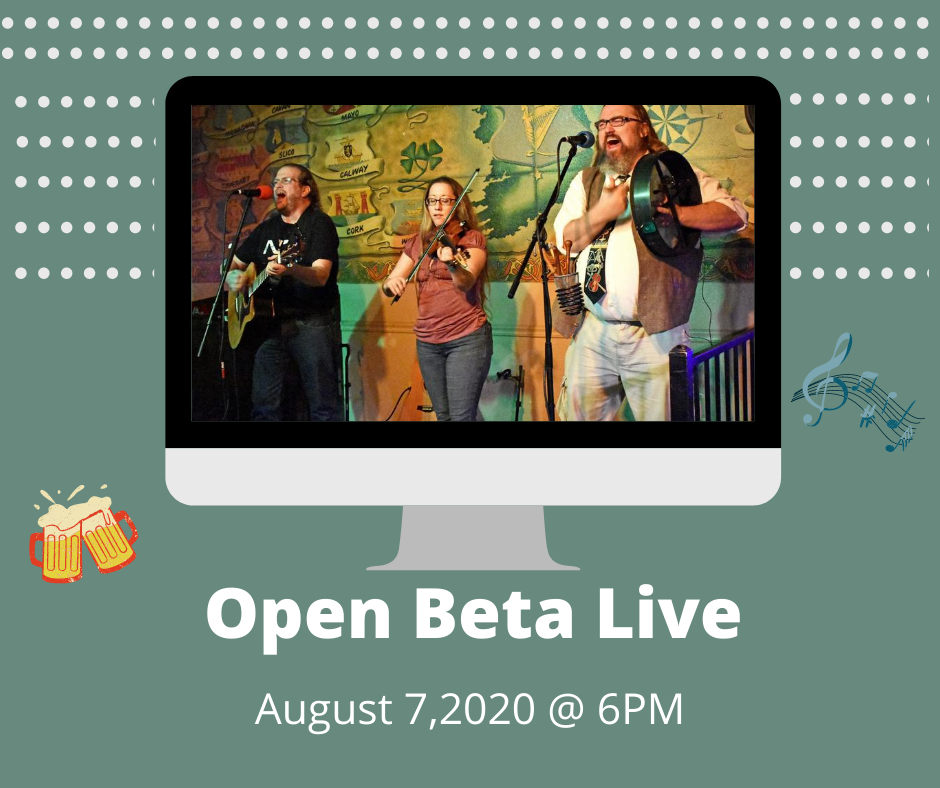 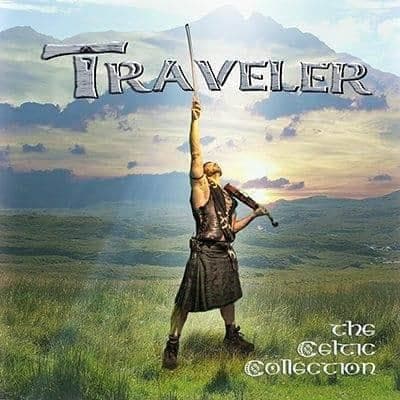 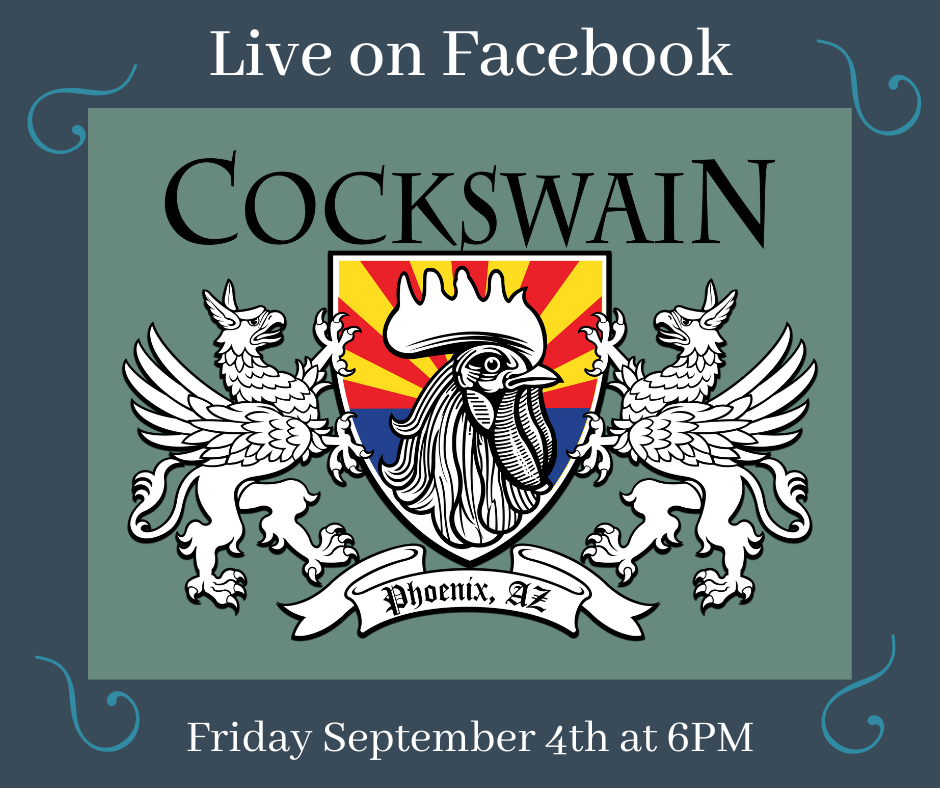